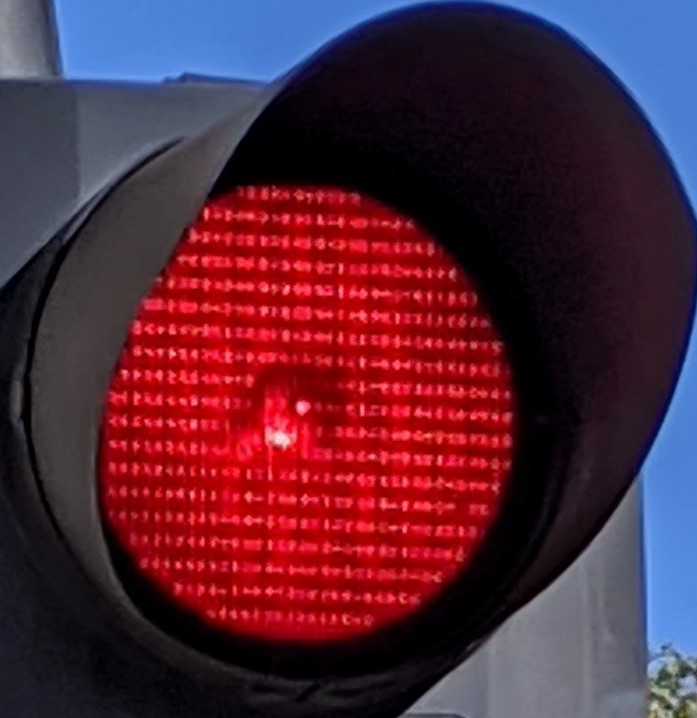 I’ve heard Leave-voters say that, after a period of adjustment, Brexit Britain will end up little different to the UK that previously enjoyed EU membership. I guess they mean in economic terms: we’ll still be a rich, G7 nation, just not a member of the EU’s structures nor a participant in its processes.

Hmm…possibly. It is indeed too soon to tell definitively, though the early indications are that very few Leave promises have been or are likely to be fulfilled. It’s possible that an additional £350m per week has been going into the NHS – I genuinely don’t know – but that’s Covid borrowing, not EU saving/hypothecation. We’ve introduced a new, impoverished definition of sovereignty that is more parish council than modern trading nation: ‘You have no authority here, Jackie Weaver.’ And then there’s the blue passport. Oh dear.

Whether Britain, if it stays together, will become a European Singapore over the 50 year timeframe some Brexiteers have set out, or slump into the long-term socio-economic doldrums, Brexit has had a deep impact on our culture, and will continue to do so. As an Englishman, I worry in particular about the cultural impact on England, the sprawling epicentre (excluding London and a few other urban centres) of Brexit sentiment.

As a boy and then young man, I benefited immensely from the opening up of Europe to my generation during the ’70s and ’80s. A 1976 school exchange to Germany opened my eyes to different attitudes and ways of living, as well as founding lifelong friendships. Later, living in Germany and then in Italy deepened that understanding. It was a massive broadening of the mind.

With the barriers Brexit has put in place to working and living in Europe, young people these days will have far fewer such opportunities. Their minds will not have the chance to expand in the same energising lab of social interaction, across cultural and political boundaries, that I experienced. Maybe this is what the Brexiteers wanted: that their pinched, dessicated perspective on our nearest neighbours would longer-term replace the (in their minds) horrors of open-minded, well-lived cosmopolitanism.

Young Europeans visiting here will find it more difficult too, and it would be unsurprising if they increasingly saw the UK as an insular backwater with an inflated view of itself.

‘But we’re still Europeans’ say Brexiteers, from a ‘Fog in Channel; Continent Cut Off‘ perspective on the geography, and with no real appreciation of our common cultural heritage. A nation that never really played along throughout its membership (except in those uncharacteristic bolts of leadership such as the creation of the Single Market) was however always starting from a low base.

The constant EU-bashing in politics and the media over decades, culminating in the fantastic (in the literal meaning of the term) narratives of the Leave campaign and the shifty treaty-avoidance tactics of the Johnson administration, mean that we might think we’re Europeans, but Europeans don’t think we are. They look on British Europeans like me with a mixture of sorrow, sympathy and regret; and on those who still think Brexit a good thing with a mixture of disbelief, dismay and distrust.

But then of course there’s ‘Global Britain’. As Leavers would have it, we might have thumbed our noses at our nearest neighbours but, like rat race-escaping urbanites looking for a new life in the country (ideally one with all the same conveniences but none of the commitments), there’s always the wider world out there. There’s a pot of gold at the end of the non-European rainbow.

Except that the wider world was always there for us, and EU membership placed no significant constraints on our relationship with it. France and Germany are already out there – no ‘Global France’ or ‘Global Germany’ slogans needed. In any event, ‘Global Britain’ wasn’t a significant inducement to people thinking of voting Leave, perhaps because it’s antithetical to the primary drivers for doing so: immigration and sovereignty. The term is more a kind of ‘oh, if we can’t sell to that lot anymore, we’d better find somebody else’ afterthought, an attempt to counter Remainer arguments about the negative economic impact of Brexit.

If the idea now is that, instead of encouraging our young people to get to know their counterparts from across the Channel, we send them en masse much further afield, then it simply doesn’t hold water, not least on cost grounds. A government prepared to slash its aid budget to the degree it has is unlikely to be one that finds loads of cash to send its young people on life-changing, horizon-broadening experiences in the world beyond our closest continent.

And so, as Brexit takes hold, it seems likely that we will see the English mind contract, becoming ever more resentful that the broad sunlit uplands promised by Leave turn out to be blue remembered hills – a self-pitying nostalgia without closure – while blaming everyone else for our inability to learn that the best way to move forward is to learn from the past, but not to live in it. As long as electoral advantage is gained by fomenting what have become known as ‘culture wars’, we will have a nation divided, salt rubbed into wounds, a stunted national discourse. Who will lead us out of this state of affairs? Who again will open up the English mind for the coming generation?

Certainly not the populist opportunist (‘popportunist’?), Alexander Boris de Pfeffel Johnson. There’s little electoral incentive for him to heal the country which he (with a lot of help) broke.

No, if I was a young person seeking leadership out of this situation, I would look elsewhere. To someone who is capable of articulating what it is to be English – and to be proud to be English – with moral courage and without needing to create a ‘them’ in our midst so as to define the ‘us’.

Gareth Southgate for PM, anyone?

6 thoughts on “The closing of the English mind”